Cap40 is an integrated hub for Cape Town entrepreneurs, business networking and connection, aggregating a social network and a complete set of resources into an unique platform.

Our community represents today 1500+ members and 25+ partners who meet on local networking events and connect thanks to business partnerships and regular newsletters. 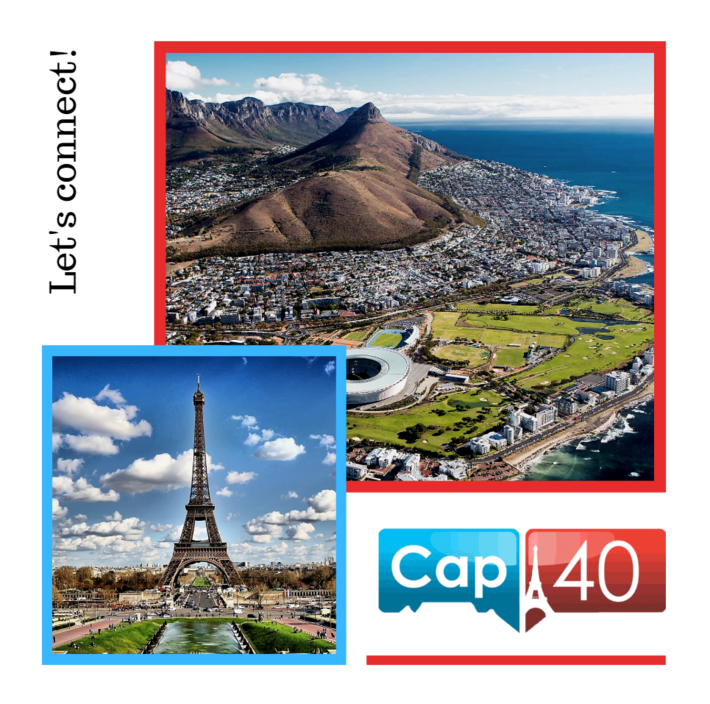 During an evening taking place at the breathtaking Elevated Dinner venue in Cape Town, over a hundred key personalities celebrated entrepreneurship, investment and social impact contribution by French stakeholders to boost the Western Cape province and the City of Cape Town.

5 February 2020, Cape Town - Recognising that foreign investment both in terms capital, social and sustainable impact is essential to South Africa’s economic vitality, the Cap40 French Business Network featured, for the eight-time, an event showcasing key French entrepreneurs and French-South African partnerships from various key sectors. Nominees and awards are based on nomination and votes from the 1,400 members strong Cap40 community.

Present at the event were Premier Alan Winde, as well as Alderman James Vos and Ian Neilson from the City of Cape Town, representatives from the Cape Town Chamber of Commerce, and various leaders from French Corporates such as EDF or Dassault Systemes.

The following awards were announced:

Western Cape Premier Alan Winde said: “It is my pleasure to have attended this remarkable event which celebrates excellence in entrepreneurship and the partnerships we have built in business. Every job created in the province is a step towards growing our economy, which in turn plays a role in preventing crime and enhancing social cohesion. French business has been an important partner for the Western Cape, through its dynamic entrepreneurship network and great initiatives such as French Tech Cape Town, French South African Tech Labs which is based in Century City and through major investments from French companies like Total in the oil and gas sector.”

Adding to this, Alderman James Vos from the City of Cape Town said "A key focus for my department is to improve the ease of doing business, to grow the local economy and create jobs, especially for SMMEs. That is why we support the tech-sector, identified for its high-growth potential, and ensure that they have the skills pipelines they need to make their businesses a success. I would like to express my heartfelt thanks to the organisers of this event and the great work they are doing to unlock the impressive potential in this vital sector."

Concluding the event, Cap40 Network Co-founder and leader of French Tech for Africa Christophe Viarnaud said “It feels great to gather as a French-South African community focused on business excellence and social impact to celebrate the individuals and organizations which are the pillars of advancing progress in the Province and South Africa. From Corporates to Small businesses, startups and various institutions, the various sectors and components of our community are committed to contribute to a successful South Africa and to make Cape Town a key gateway into investing into the continent. We are grateful to the increasingly strong partnerships enabling the success of the French-South African multiple partnerships ”