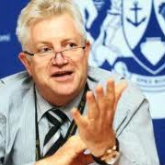 Export to Outlook or iCal (.ics)

Conference and Q&A with Alan Wide, Minister of Finance, Economic Development and Tourism. Alan Winde will present the future plan of the economic development in western Cape

Any update on the venue please?

Yes, we just got a confirmation for the Bandwidth Barn in Woodstock. I update the event